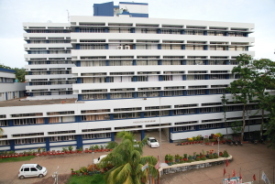 As per section 172 (a) of the Electricity Act 2003 and as mutually decided by the Government of India and Government of Kerala, KSEB had continued as Transmission utility and Distribution licensee till 24-09-2008.
In exercise of powers conferred under sub-sections (1), (2), (5), (6) and (7) of section 131 of the Electricity Act, 2003, State Government vide the notification G.O (Ms).37/2008/PD dated 25 September 2008 vested all functions, properties, interests, rights, obligations and liabilities of KSEB with the State Government till it is re-vested the same in a corporate entity.

In exercise of the powers conferred under Section 131 (2) of the Electricity Act, 2003, Government of Kerala (GoK) notified Kerala Electricity Second Transfer Scheme (Re-vesting) 2013 vide GO (P) No. 46/2013/PD dated 31st October 2013. Through this notification all the assets, liabilities, rights and obligations of erstwhile KSEB vested into State Government by first transfer scheme dated 25.09.2008 were re-vested to the successor entity i.e. Kerala State Electricity Board Ltd (KSEBL).

The Kerala State Electricity Board Limited has been incorporated under the Companies Act, 1956 on 14th January 2011 and started operations as independent company with effect from 1st November-2013.

The 'Board' consisting of the Chairman and the Members was the Supreme Governing Body and the Board was required to place before the State Electricity Consultative Council, constituted by the State Government by their notification EL3-9345 dated 21-2-1958 under section 16 of the Electricity Supply Act,1948 the annual financial statement and supplementary statements, if any, before submitting such statements to the State Government.

Over the last fifty nine years, the Board has grown from a total installed capacity of 109 MW to an installed capacity of 2823 MW and created Transmission and Distribution networks of over 10404 and 272480 circuit kilometers respectively. At present, the Board caters to the needs of over 1 crore  consumers spread over the urban and rural areas of the State. This incremental growth in the power system brought several changes in the characteristics of the system. The input cost structure and revenue  composition have undergone significant changes. Until the recent past, the  hydroelectric plants owned by the Board supplied a major portion of the  energy requirement of the state. However, after the promulgation of the  Forest Conservation Act in 1980, the implementation of new hydroelectric 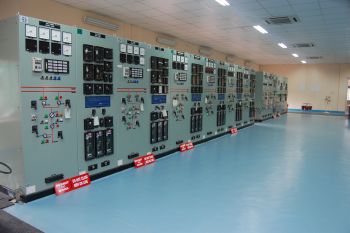 projects had been seriously affected and more costly thermal energy had to be generated / purchased to meet the increasing demand.

Over the years, the consumption of heavily subsidised domestic sector has been increasing and now, it accounts for approximately 46% of the total energy consumed. As a consequence, the peak demand in the state has  increased to almost twice the off-peak demand. This forced more investment in the power system to meet the peak demand and purchase of  thermal energy from outside the State. But the capacity so created for  meeting the peak demand remains under-utilised during the off-peak periods.  The Board had been supplying electricity at lowest price in the country for  several decades. Because of this the Board had to resort to heavy borrowings to meet the  expenses. Though the Board was statutorily enjoined to function as a commercial  institution, it continued to function mainly with service orientation providing infrastructure facility, reliefs and concessions to other sectors like industry,  agriculture and so on. Now, the State Commission insist upon to perform strictly on commercial considerations.